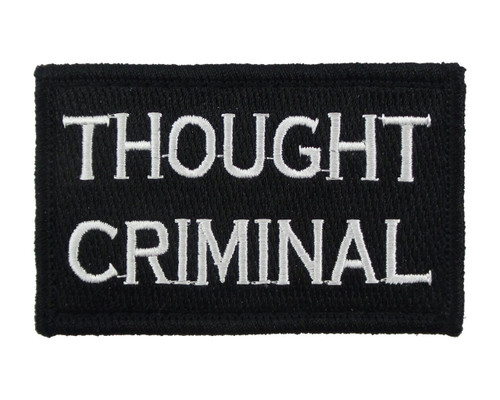 Thoughtcrime... The term was popularized in the dystopian novel Nineteen Eighty-Four by George Orwell, wherein thoughtcrime is the criminal act of holding unspoken beliefs or doubts that oppose or question the ruling party. In the book, the government attempts to control not only the speech and actions, but also the thoughts of its subjects. To entertain unacceptable thoughts is known as crimethink in Newspeak, the ideologically purified dialect of the party. "Crimestop" is a way to avoid crimethink by immediately purging dangerous thoughts from the mind. I'm a THOUGHT CRIMINAL are you???